Book Review on 'Fire' and Interview with Author, Mima 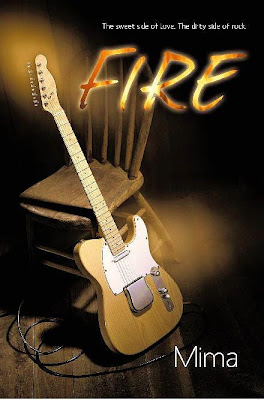 Fire is able to capture the essence of what it claims right on the cover, "The sweet side of love. The dirty side of rock."


The story follows the twists and turns of a music era that saw the beginnings of grunge music and gangster rap, the suicide of Kurt Cobain and the death of Tupac Shakur – both kings of the genre they helped set in place.


The sound was raw, the players were passionate, and music came from within the depths of the souls who created it.


Fire just doesn't define a band, it defines an era, an era where music shaped what was coming "tomorrow" and now that "tomorrow" is here, it never came.


The 90s are considered by many to be one of the biggest transitional phases of music following the unique sounds of the 80s and turning music into separate genres.


The author of Fire goes by the pen name of Mima. Fire is her first book and it starts with the initial spark of life in a band as they set their sights on something greater.


Characters Tarah, Jimmy, William, Michael, and Eddie are thrusts into a whole new world – the music industry, where greed, tabloid gossip, and the party hard infested realities of being a celebrity become evident.


The writing is witty, the emotions are real, and the story is heartbreaking and guaranteed to move you in some way.


Once you pick the book up, you are sure not to put it down as you feel like you are inside the daily lives of the members of Fire.


The following is a Q&A with book author Mima 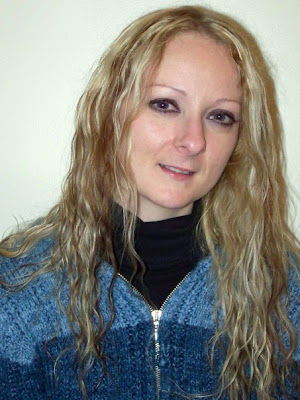 Where did you get the inspiration to write Fire?

The idea for Fire was actually floating around long before I actually sat down to write it. However, it was what I perceived as people's obsession with celebrity that probably was the biggest inspiration to actually start writing. It's the combination of everyone wanting to be famous but at the same time, almost not seeing celebrities as real people that I find kind of unsettling. With Fire, I really wanted to demonstrate that not only are celebrities real people with problems (that are often broadcast to the world), but also wanted to show that there is a great deal of work involved in 'being famous' - both breaking in and staying in the industry. And lastly, I feel that both the media, labels, management etc have a great deal to lose if celebrities aren't constantly in the public eye - whether it be in a good or bad light.

How long did this project take you start to finish?
I can't really say for certain because I always jump from one project to another, but I would say that I started to write and research for Fire probably in late 2008 - early 2009. The writing itself didn't take long, but research and publishing did take a little longer. Fire was published in January 2010.

What character do you identify with the most, and are these characters based on anyone?
It's funny because everyone always assumes I relate most to the main character, Tarah - but in many ways, I think Tarah is much more courageous than I am. I actually identify with Jimmy the most, although I relate to some aspect of all my characters. I never write about a character based on anyone. In fact, I introduce them into the story and they tend to form themselves. For example, Jimmy was supposed to be a minor character in Fire but he pretty much took over as soon as he arrived. That's why my next book is all about him.

What was the hardest part of the book and is there anything about the book you wish you could go back and change?
I would definitely go back and change my editor for the book! It's unfortunate how things played out, but it was my first time publishing and I was (and still am) learning as I go! There are definitely some things I would change in retrospect, such as dialogue and a few scenes. The most difficult part of the entire process would be getting a crash course on publishing, marketing etc...the actual writing, creating characters, etc is the easiest part.

Do you think this book would transfer well into a movie, and what actors/actresses would play the characters?
I actually think most of my writing would transfer better in movies than books simply because I often see writing as much more detailed in description and I would rather 'show'' people the story than have them read it. As for actors, it's hard to say. Best to not jump ahead of myself on this one.

What music do you listen to and what did you listen to in the early 90s?
POF of course! I actually listen to many kinds of music - everything from Katy Perry to Slipknot. I like music that is either really loud, really fast or has a lot of honestly and meaning in the words. I can't deal with country though. I listened to a lot of 90s music while writing, for obvious reasons. There is a very dark, intense feeling that seems to come with music during the entire grunge period that really sat with me the entire time I was writing Fire.

Why do you feel you were able to write this book, and what's your background/history with music?
Regarding 90s music, my background was mainly living through it. During the early 90s, music was a huge part of my life and in fact, most of the songs that I listened to during that time is connected to a very specific memory. I think just being a fan, reading a lot of biographies and really learning about the musicians and their lives is probably the most significant thing while writing this book. Anyone can look up facts - but you really have to understand the specific timeframe and how music related to younger people in the 90s. I also talked to various musicians and discussed their experiences, the good and the bad, etc. 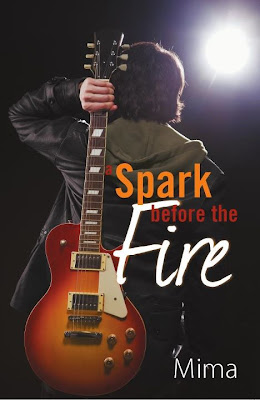 What's in the future for Mima?
I have a new book coming out soon. It's the prequel to Fire, A Spark before the Fire. Right now that is my main focus, I also have another manuscript about teenaged bullying that I want to dust off. I also have another manuscript on the go about Vampires (just to jump on the bandwagon) and I might write a sequel to Fire. I also want to work on a screenplay someday....it's also on my never ending 'to do' list.

Read the first chapter of Fire here
Posted by Justin at 7:14 PM

Please feel free to leave your comments and feedback below. I'd love to hear your feedback whether positive or negative, and I always respond. Thanks for reading!

My Line of Work

Justin
Call me an entrepreneur of sorts mixed with a jack-of -all-trades. Originally starting as a class assignment, I watched the blog grow and grow along with my list of contacts. Now, three years later, I'm Editor-in-Chief of Broken Records Magazine and an Entertainment writer for the Christian Post. Through this blog, BRM, and the Christian Post; I've gotten to interview and talk to so many talented artists both signed and unsigned. This blog is a part of Broken Records Magazine and under the umbrella of the Broken Records Collective. Sometimes I have some contributors, but for the most part you'll be seeing my thoughts on music, movies, books, and anything else I deem writable. Send all info, releases, notices, or just general questions and suggestions to JSarachik@gmail.com Also, why you're at it check out my band Process of Fusion, we are doing big things this year! Reverbnation.com/processoffusion